The KAI Dealer Flow AlphaGen Fund specializes in a tactical trading strategy designed to systematically exploit macro flows driven by street positioning. The fund does this by directionally positioning across underlying equity indices and their volatility surfaces.

The KAI Vol Neutral AlphaGen Fund specializes in a market-neutral, volatility arbitrage strategy designed to systematically exploit structural mispricing in US equity option markets, while mitigating the risks inherent to such strategies. 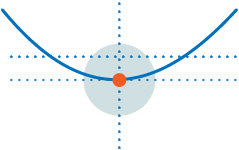 Cem Karsan formed KAI Volatility Advisors after over two decades of experience building industry-leading derivatives businesses. From 1999 to 2002, he worked as a volatility trader as part of RBC Dominion Securities’ Derivatives Arbitrage Group. From 2002 to 2005, he worked under renowned Wall Street investor John Mulheren at Bear Wagner Specialists, where Cem helped expand the firm’s fledgling derivatives arbitrage business into a competitive force within the industry. In 2005, Cem took a select group from the firm’s trading arm and founded his own proprietary market making firm specializing in equity index volatility arbitrage. From 2007 to 2010, over the course of the financial crisis, Precision Capital Management earned a compounded return to investors of many multiples of their initial investment. With its success, the firm quickly grew in the products it traded, becoming the largest in S&P 500 Options, accounting for approximately 13% of SPX option volume at its peak. In 2010, Cem divested his stake in Precision Capital Management to found AEGEA Capital, the precursor to KAI Volatility Advisors.